You know when Dad gets to pick the tour!

You do NOT need to like beer to enjoy this tour (but it helps). As an avid homebrewer (back in the day), I had a great time walking around and seeing all the equipment during the tour. This whole place was a homebrew setup on super steroids!

This tour is free, and it’s highly recommended you reserve a time. They do take walk-ins if space is available on the departing tours, but they’re usually full. Once in – You’re greeted by a tour guide who gives a quick history of the family-run company. They also talk about Sierra Nevada’s recycling and sustainability program, which is internationally recognized and mind-blowing impressive.

You’re quickly moved into the heart of the brewing operations as you can observe the grain mill, which processes 1000’s of lbs of grain a day.

Then over to the hops room. This is where a lot of the flavors of Sierra Nevada’s IPA’s get their distinct taste. To my surprise, they use many of the same hops most homebrewers would use. I didn’t see any crazy hybrid or proprietary types of hops in the room. Just a bunch of classics!

I forgot the weight of these blocks (maybe 200 lbs), but they’re full leaf/cone hops which are pressed and wrapped for freshness. The amounts are massive once they’re pulled apart again. The smell was incredible!

Then over to the mash, boil, sparge, and whirlpool tanks. These are the iconic copper kettles synonymous with breweries from Germany. So big and so shiny…ohhh! Again the smell was just amazing! We also got to sample wort directly from the process.

The tour continues, and you get to view the yeast lab & vault, then down to where the magic happens in the fermenters. It appears to be an endless plumbing experiment to a novice, but if you know the brewing process, it’s what brewers dreams are made of :-).

Once you round the corner, you’ll go to the second floor and see the high tech bottling and packaging facilities. They can bottle 900 beers a minute! It’s mesmerizing to watch and see how quickly this can be done. You’ll spend more time here than you planned… so many processes to observe at one time.

The second floor is where many of the brewery offices and brewers are actually working. The Head Brewer actually walked by and said “hi” to us as we walked the spaces. The founder of Sierra Nevada, Ken Grossman, is a massive collector of brewing memorabilia and historical artifacts. Many of his personally owned items are on display for the public to view. They “of course” have a lot of Sierra Nevada memorabilia, which is also interesting to see in its own right.

Then you land in the taproom. You’ll get to sample 5-6 beers, which are typically their first brews, current seasonals, and maybe one unreleased brew. We had Torpedo IPA, Pale Ale, Celebration, Tropical Torpedo, Otra Vez, and the 2019 Narwhal. They were all delicious as expected!

This is where the tour ends, and you can roam about the 2nd floor while finishing your samples.

Next, we went over to the Torpedo Room restaurant for lunch. We had eaten before the tour and weren’t extremely hungry, so we decided to get some appetizers. We all agreed on the pretzels and beer cheese and hot wings. The wings came out lollipop style and were oh so very good!

I couldn’t leave without hitting the gift shop. I picked up a bomber of the Northern Hemisphere Harvest (a day before it was officially released), a sticker, and a koozie. What a fantastic tour! I had a great time! Kudos to the wife for setting it up for me!

Visiting Elkhart Indiana – The RV CAPITAL of the World! 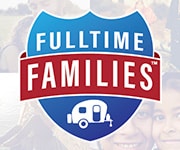